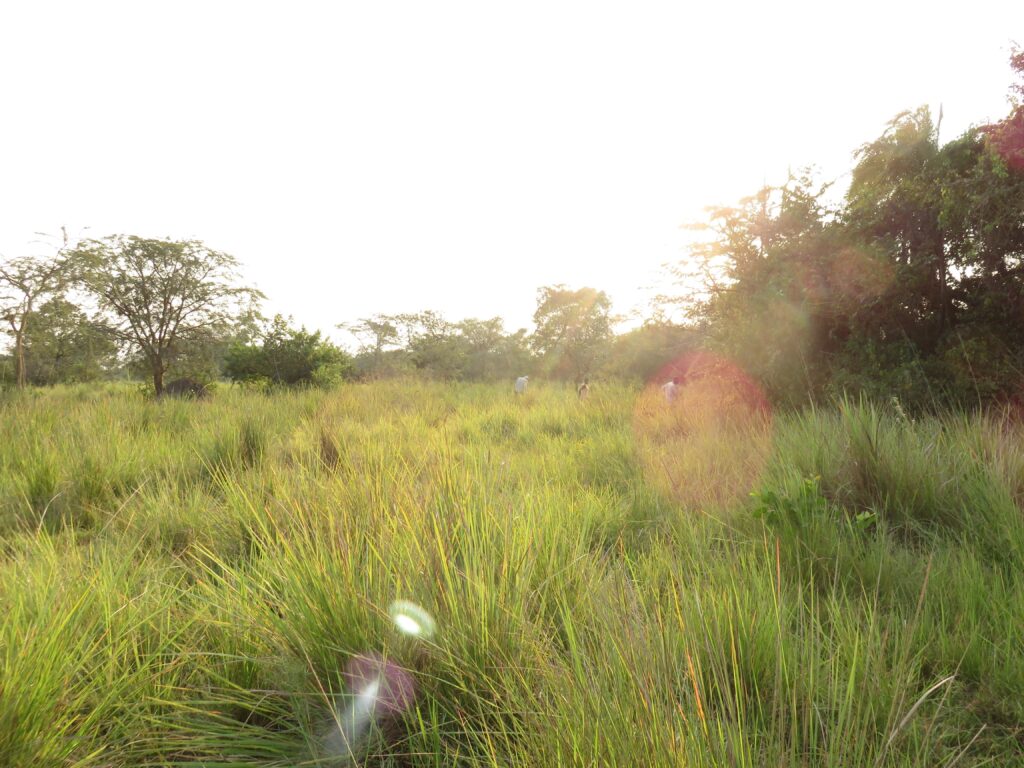 The vast majority of plant species use C3 photosynthesis. However, a turbo-charged form of photosynthesis called C4 evolved independently in nearly 70 lineages and is used by our most productive food and bioenergy crops. C4 photosynthesis evolved repeatedly from the ancestral C3 type via a series of modifications to leaf biochemistry and anatomy, which inevitably created evolutionary intermediates between C3 and C4 states. These C3-C4 intermediates use a rare physiology called C2 photosynthesis.

C4 photosynthesis evolved independently over 20 times in the grasses, yielding a remarkable number of C4 grass species (~4500). Despite this, fewer than 10 C2 grass species have been identified. If C2 photosynthesis is an important intermediary step in C4 innovation, then why are there so few C2 grasses?

Perhaps C2 grasses are actually common, but few have been identified to date. Alternatively, abundant C2 grasses of the past may have since become extinct. Another possibility is that the emergence of C4 photosynthesis may circumvent the C2 intermediate state in some lineages and evolve via different, currently unknown, evolutionary paths.

This studentship will seek to identify why there are so few C2 grasses by investigating grass photosynthetic diversity within an ecological and phylogeographical context to understand how C4 photosynthesis emerged in the grasses. To do this, the student will train in plant phenotyping, fieldwork, phylogenetics, and use of public collections while undertaking fieldwork in Argentina and customized training at the University of Bangor and Kew Herbarium.