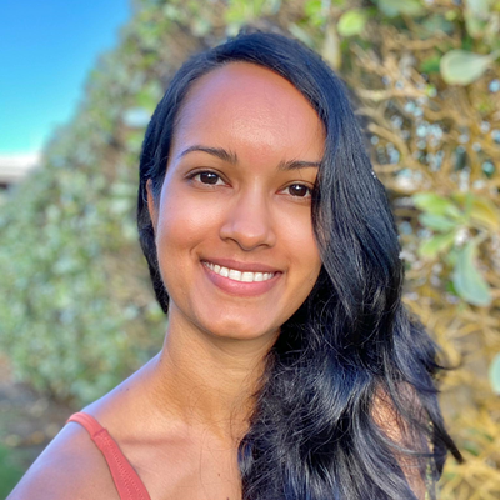 My academic journey began at the University of the West Indies where I graduated with a BSc in Civil with Environmental Engineering in 2014. I worked in the energy sector for two years before jumping ship to pursue a career in marine science. My decision was motivated by my love of scuba diving, and curiosity about the natural world, specifically coral reefs.

I was awarded a Caribbean-Pacific exchange scholarship to pursue a Master’s in Marine Science at the University of the South Pacific. My research focused on trends in coral growth rates over the past 50 years in Fiji, using coral skeleton cores collected from massive corals in various shallow reefs across Fiji.

My current research focuses on the functional ecology of coral rubble on tropical coral reefs. Coral rubble is composed of dead broken coral and reef rock. It has long been a natural benthic component on coral reefs, formed by wave action and bioerosion. In recent times however, coral reefs have undergone human-induced and climate-mediated degradation which has resulted in an increase in coral mortality, and their conversion from dead coral to coral rubble. The aim of my research is to understand the role of coral rubble as a habitat within the broader reef-scape. My research will be conducted at Palmyra Atoll, an uninhabited reef system in the Central Pacific, which will provide insight into naturally formed coral rubble habitats in the absence of major human influence.