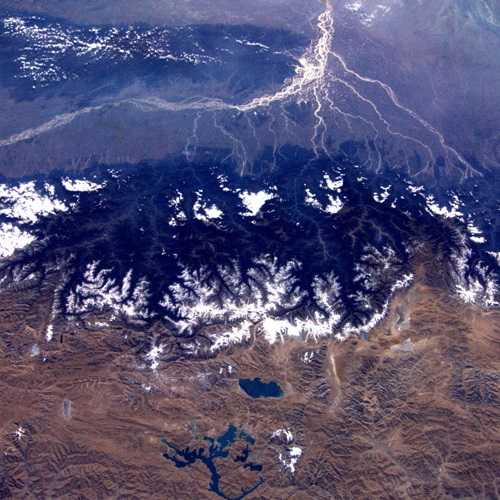 The Tibetan Plateau, commonly known as the “the roof of the world”, supplies freshwater for nearly two billion people. Water storage is crucial in determining hydrologic transport and water availability but is highly sensitive to climate change. Water storage change is a critical indicator of vulnerability of the “Asian Water Tower”. Despite its importance, the impact of climate change on historical and future water storage over the Tibetan Plateau remains largely underexplored in previous work, due primarily to uncertainties in observations and models. Notably, a reliable benchmark for the magnitude of water storage changes over the Tibetan Plateau has been lacking. The absence of future projections of water
storage, moreover, limits any guidance on policymaking, despite the fact that the region has long been
considered a climate change hotspot. The aim of this project is to analyse new satellite data from the
NASA/CNES (with contributions from the Canadian Space Agency and the UK Space Agency) Surface Water Ocean Topography (SWOT) satellite mission to monitor fine-scale changes in water availability across the Tibetan Plateau. The novel satellite data will be used to (i) investigate fine-scale fluctuations in water storage, including uncertainty estimates and (ii) validate ensemble projections from the Inter-Sectoral Impact Model Intercomparison Project, which include simulations of water availability using bias-corrected CMIP6 climate forcing. Using a combination of satellite and modelled data, this project will improve our understanding of water storage variations and its responses to climate change. The student will be based in the School of Ocean Sciences, Bangor University and will work closely with scientists from the University of Nottingham and the Institute of Tibetan Plateau Research (China). During the PhD a wide range of training will be provided including in fieldwork on the Tibetan Plateau, data analysis and computer modelling.

This project would be suitable for students with a minimum of a UK Honours Degree at 2:1 level in
hydrology, mathematics, computer science, earth sciences, or a closely related environmental or physical
science. Students with a keen interest in freshwater science, data science and remote sensing are encouraged. Although not essential, it would be beneficial for the student to have some experience of using a programming language such as Python, R, and/or MATLAB. It will also be an advantage to have good communication skills, a practical attitude, and to be pro-active and self-motivated.