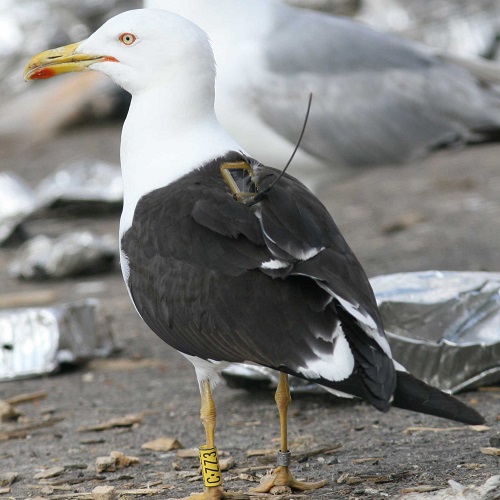 The emergence and spread of antimicrobial resistance genes (AMR) amongst pathogenic microorganisms is one of the greatest health issues of this century. Over-use of antibiotics in treating humans and livestock are both well established as sources of AMR but a third source of AMR comes from the natural environment. In particular, it has been found in the gut flora of wild birds most notably the Larus gulls, including multidrug resistant strains, but the implications of AMR in birds for human health and the spread of AMR remains unknown. Birds provide a particular challenge in the dissemination of AMR bacteria because some of the species known to carry AMR bacteria migrate, often between continents. Gulls are also of particular interest as they have become increasingly associated with human sites in their foraging patterns. With this in mind, this project will investigate the role of gull movement behaviour in the potential spread and maintenance of AMR using a combination of a large data set of GPS tracks collected by project partners the BTO in combination with sampling at the sites where tracking data was obtained. The key aim is to determine the relative roles and impact of foraging and migration on spread and maintenance of AMR and potential links to human health. The successful candidate will receive training in ecological sampling, ornithology, movement behaviour analysis and microbiology. This is a competitively funded PhD scholarship; the successful candidate will be submitted to the Envision committee for consideration for one of 16 fully funded studentships out of 36 total candidates.

Eligible students will have at least a 2:1 BSc degree or equivalent, ideally in a biological or environmental subject.