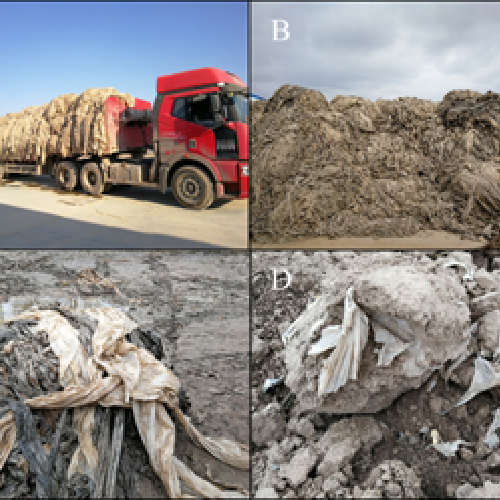 Nature of the problem: Contamination of the terrestrial, freshwater and marine biosphere by microplastics is now widely recognised as one of the world’s greatest pollution threats. Microplastics (plastics <5 mm) originate from the fragmentation of large plastic litter or from direct environmental emission. Most plastics arriving in the oceans were produced, used, and often disposed on land. Consequently, it is within terrestrial systems that microplastics might actually be of greatest concern. Despite this, we know very little about how microplastics behave in the plant-soil system and whether they pose a risk to soil health.

Extent of the problem: One of the biggest sources of microplastic contamination in soil is the use of plastic mulch films within agriculture. These films are used to promote soil warming, water retention and weed control but are often impossible to remove from soil after harvest. For example, in China, plastic contamination in soil now affects 20 million hectares of farmland with average contamination levels of 240 kg plastic ha-1. In the UK, the addition of sewage sludge to land has also resulted in the widespread contamination of soil with plastic (as ca.99% of microplastics in the wastewater stream end up in sewage sludge that is applied to agricultural land).

Key knowledge gaps: To quantify the impact of plastic on soil and plant health and thus sustainable food production.

PhD aims: The key aims of the studentship are to (i) quantify the damage that microplastics (and bioplastics) have on plant and soil health; (ii) investigate whether the plastic additives (e.g. phthalates) are more toxic than the plastics themselves; (iii) measure rates of plastic and bioplastic degradation in soil, (iv) provide guidance to industry and policymakers, (v) publish high quality journal papers to promote the student’s career. This will be achieved through experimentation at a range of scales.

All enquiries about this PhD should be made by Email to Laura Cardenas (Laura.cardenas@rothamsted.ac.uk).