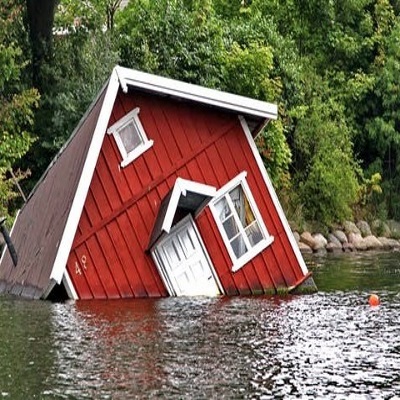 Coastal flooding has been ranked the second highest risk for civil emergency in the UK, costing £0.25bn annually in economic loss. Worse, global warming will cause sea levels to rise up to 1m this century and lead to wetter winters and drier summers, with a strong likelihood of more intense flash floods, which would drastically increase flood risk, especially for towns and cities that are situated on estuaries. Continued development of flood-prone areas and land use change in upstream catchments (e.g. deforestation, urbanization, intensive agriculture) will increase this threat further. The mitigation of coastal flood risk is therefore crucial and requires robust modelling methods, improving on current models which lack sufficient detail of the combination of hazards that interact in estuaries. In particular, future river flow predictions rarely capture the intensity and timings of flash floods in combination with other key flood-drivers such as storm surge and high tide. This project will assess how UK catchments and estuaries will change under new UKCP18 climate change scenarios, in collaboration with the Met Office. Where will flash floods be intense, where will this lead to coastal flooding, and how can we mitigate the risk?

You will be trained in a wide range of research techniques, including developing hydrological and ocean modelling on supercomputers. To set up and run the models, you will interrogate existing large scale observational data and climatic forecasts from the UK Met Office. This PhD project is well funded, and includes costs for you to attend several international conferences to present and discuss your research with world-class scientists. By the end of this PhD, you will have developed into a first-rate independent researcher with a deep understanding of a wide range of terrestrial-coastal-marine issues that urgently face communities on a global scale. In short, you will be highly employable.

Applicants should hold a minimum of a UK Honours Degree at 2:1 level or equivalent in subjects such as Geography, Environmental Science, Hydrology, Oceanography, Coastal Marine Science, Biological Oceanography, or Mathematics/Statistics. Applicants who additionally have a Masters degree, or relevant work experience, will be particularly competitive.