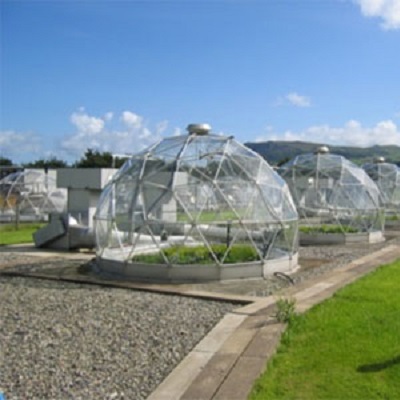 At the global scale, ozone pollution, formed from complex photochemical reactions involving pollutants formed from vehicle and industrial emissions has been predicted to pose as big a threat to food security as climate change by 2030. Many of the world’s most important crops such as wheat respond to ozone pollution by decreasing vegetative growth, seed production and root growth leading to reductions in both quantity and quality of yield.

Even more worrying, our research has also shown that ozone pollution makes plants more sensitive to drought. With drought events predicted to be more likely in the coming decades, this studentship will (i) investigate the physiological traits associated with sensitivity to both ozone and drought in wheat specifically focussing on plant hormones associated with response to both stresses and (ii) use this information to develop crop management options for mitigating effects on wheat.

The student will be join two globally recognised research groups: Gina Mills’ Ozone Effects Research group and Bill Davies’ Lancaster Plant Water Group (see links below). Their research will include measurements of the physiological and plant hormonal responses of current wheat varieties to combinations of ozone and drought in the ozone exposure solardomes at CEH Bangor. The student will also quantify responses in wheat genotypes with a known range of ethylene sensitivity and will explore the potential beneficial effects of ethylene inhibitors, abscisic acid precursors and pesticides as protectors against negative effects of ozone and/or drought.

The results of these studies will be used to develop and test a conceptual model of strategies for avoidance of ozone and drought effects in wheat. The student will benefit from postgraduate training schemes available at both CEH and Lancaster University, including training in statistical analysis, quality assurance, presentation and writing skills and health and safety.