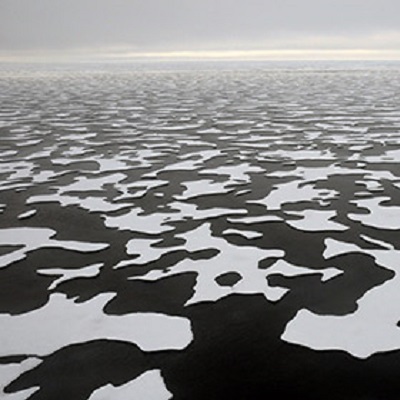 The earth’s oceans and atmosphere are warming, with the volume of snow and ice diminishing. Arctic temperatures have warmed at twice the global rate, with increasing inter-annual variability of sea-ice extent, but a drastically decreasing overall trend in sea-ice extent.

Climate models predict future reductions in Arctic sea-ice extent are very likely, with potential changes to the intensity and frequency of storms, including the clustering of extreme events. It is hypothesised that the future Arctic wave climate will change, which may further decrease the sea-ice extent, and would have potential impacts throughout the North Atlantic Ocean and the world. In this project, you will develop a state-of-the-art coupled high resolution wave-sea ice model of the Arctic and North Atlantic, and determine the potential impacts of a changing future Arctic wave climate.

In partnership with experts in the Met Office, future climate model projections will be coupled to a WAVEWATCH III model. You will learn wave and climate modelling techniques on high performance super-computers, applying these techniques to determine the future extreme wave climate in the North Atlantic.

By propagating these projected changes through to impact on coastal processes and coastal communities, you will also explore the role of waves in ocean-atmosphere exchange, coastal resilience, and flood risk. With experts from the National Oceanography Centre and Bangor University, you will be trained in extreme value theory and hydrodynamic modelling techniques.

Your predicted changes to the extreme wave climate will be propagated through to societal impact using a suite of numerical modelling methodologies. For example, future changes to the available marine renewable energy resource, coastal flood risk, and coastal engineering design criteria, such as harbour walls, wind farms, and intensification of aquaculture.

Applicants should hold a minimum of a UK Honours Degree at 2:1 level or equivalent in subjects such as Physics, Mathematics, Oceanography, Meteorology, Civil Engineering or Geography.