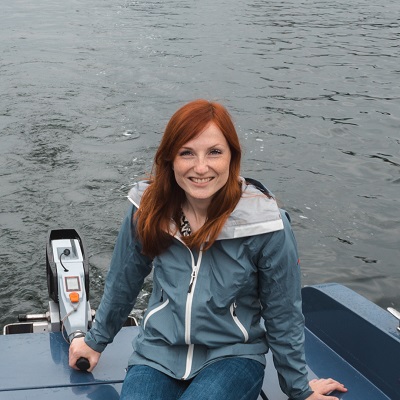 PhD: A multi-scale assessment of the regrowth potential of secondary forests in the Brazilian Amazon

My academic career began with the University of Exeter in Cornwall, where I studied BSc Conservation Biology and Ecology, followed by MSc Sustainable Development (Climate Change and Risk Management). Studying with Exeter gave me the opportunity to work with the Met Office’s Head of Climate Impacts, Professor Richard Betts, on my Master’s dissertation, investigating the feasibility of global land cover projections at a regional scale. My academic interests broadly focus around tropical forests and the role they play in climate regulation and the preservation of biodiversity.

Prior to starting my PhD, I worked in software development, building an online system to increase the integrity and transparency of Forest Stewardship Council supply chains. This role introduced me to Python programming, which has been instrumental in completing my research.

Being an Envision DTP student has given me a wealth of opportunities to develop skills in a range of areas, from public engagement to conducting analysis in R. I also secured an NPIF Innovation Placement which enabled me to spend 3-months working with the Forest Stewardship Council on their project to introduce digital audit reporting.

As the largest continuous expanse of tropical rainforest in the world, the Amazon is undisputedly one of the most ecologically important regions on earth. Yet, it is under immense threat from land use change. Between 2000 and 2010, Brazil alone contributed 44% of the global net forest loss with agricultural expansion as the principal driver. However, some relief may be found in the frequent land abandonment which characterises agriculture in the tropics. Forest regrows on abandoned plots and so much of the deforested landscape now supports secondary forest at various stages of regeneration. As the relative proportion of secondary forest increases, it becomes ever more important that we gain a thorough understanding of their contribution to global systems.

My project makes use of the MapBiomas dataset which provides 30m-resolution landcover data for the Brazilian Amazon from 1985-2017. It is the highest temporal and spatial resolution dataset currently available. The first chapter uses this data to map the age and extent of secondary forest, and to generate estimates of carbon stock. The second chapter will combine several landscape variables in a survival analysis to establish where secondary forest is most likely to grow and which patches are more vulnerable to re-clearance. Chapter 3 will explore secondary forest as an agent of connectivity and its potential for restoring deforested landscapes. Finally, a potential forth chapter will introduce burn scar data to map the relationship between secondary forest and the spread of forest fire.

You can find out more about Charlotte’s research by watching the animation video below;

See the below visual abstract for more information about Charlotte’s exciting research. This was created by Charlotte during an Infographics training course delivered by Infohackit and organised by Envision. 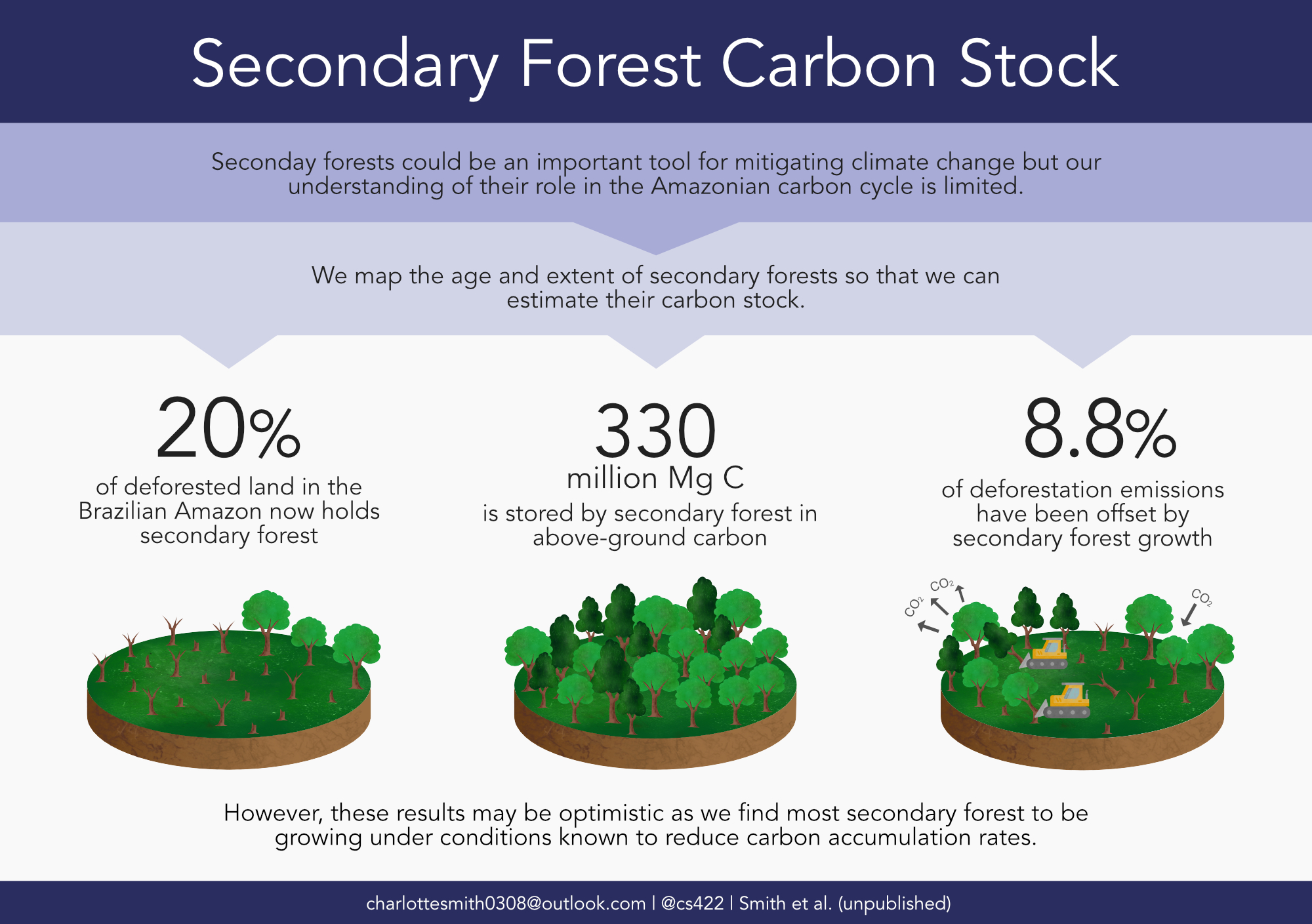