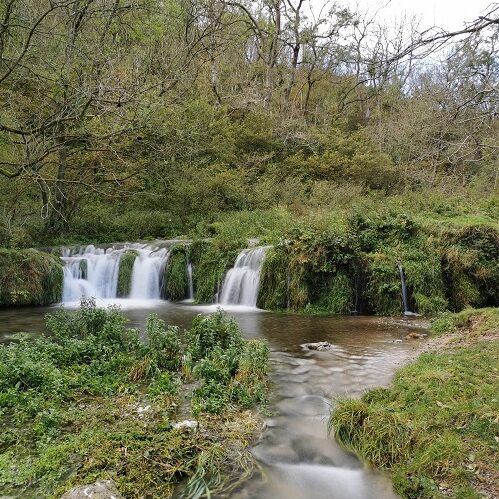 Rivers are among the world’s most threatened ecosystems. Freshwater fisheries are at risk from multiple stressors including climate change, pollutants and the presence of dams which inhibit fish movement and migration. Globally, only 37% of the world’s rivers remain free of dams, but in the UK only 1% of watercourses are unimpeded by barriers due largely to the UK’s industrial heritage.

Although research has demonstrated clear links between large dams and declines in fish populations, there is a clear lack of knowledge on how smaller (but more frequent) historical barriers typical of UK rivers influence fish populations. In the context of increasing need to balance conservation of freshwater ecosystems against the demand for renewable energy from legacy micro-hydroelectric facilities and similar structures, research is therefore urgently needed to understand how cumulative small historical barriers influence fish population dynamics.

This study will use eDNA (trace DNA shed from fish, collected via water samples) to quantify the abundance and distribution of fish communities within the Derbyshire Derwent, a catchment with a rich history of historical impoundment. By coupling population-level data with river connectivity models relating to the presence of historical barriers and key fish habitats, this project will generate new fundamental understanding of the impacts of small, frequent impoundments on river habitat connectivity and fish population dynamics and thus provide important information for managing rivers affected by the legacy of industrial development.

The successful candidate will work closely with project partners including UKCEH and the Trent Rivers Trust, gaining important insights into applied river management. Training will be provided by the inter-disciplinary supervisory team and, during placements, with project partners. The findings of this project will feed in to current efforts to arrest ongoing declines in UK freshwater fisheries and improve ongoing initiatives to manage historical barriers within the Derbyshire Derwent catchment.