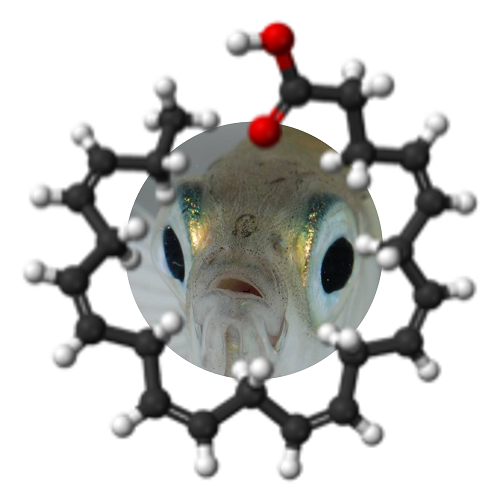 The ecological and evolutionary transitions that accompany environmental change often involve alterations in diet and accompanying morphological adaptations. These changes are abundantly well researched and understood. Surprisingly, the genetically encoded metabolic modifications required to deal with dietary change are largely unknown in wild species, despite the fundamental importance of energetics for organismal function and the potential value of such knowledge to agriculture and aquaculture (Tocher 2010 Aquaculture Res.).

The major transition from salt- to freshwater effected by numerous fish species demands many evolutionary adaptations, most obviously in osmoregulation. Less well known is that fatty acids, which are a critical dietary resource for all vertebrates, both as organic constituents and sources of metabolic energy, are much less available in freshwater than in marine systems. The ecological importance of variation in fatty acid availability and metabolism is only just being realised (Twining et al. 2021 Ecol.Lett.). Colonisation of freshwater by Pacific stickleback is facilitated in lineages that possess duplications of a gene, Fads2, involved in the synthesis of essential ω-3 fatty acids (Ishikawa et al. 2019 Science). Despite strong evidence that Atlantic stickleback lineages also vary in their ability to colonise freshwater (Dean et al. 2019 Mol.Biol.Evol.), little is known about the occurrence of this duplication in the Atlantic. More generally, little is known about the network of metabolic changes required to deal with restriction of fatty acid availability, despite several promising genetic candidates being known in stickleback.

This project will quantify the consequences of dietary fatty acid restriction in Atlantic stickleback and investigate how fatty acid metabolism depends on a number of key evolutionary, genetic changes. This will improve our understanding of how organisms deal with the energetic consequences of environmental change through alterations in metabolism.