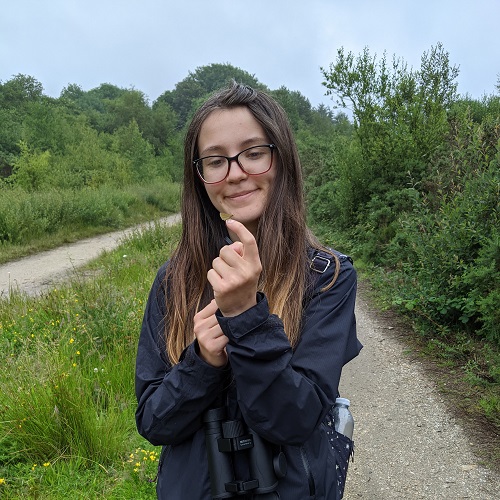 I am currently completing a PhD in the Geography department at the University of Nottingham. In my research I will assess the relationship between Biodiversity, the diversity of living things, and Geodiversity, which is the variation in the non-living parts of nature, such as geology, soils and landforms. There is evidence to suggest that more geodiverse areas are also more biodiverse, which could have implications for the conservation of rare habitats and species. The mechanisms that drive this are not well understood but could be linked with promoting habitat mosaics and providing refuges for species. My project will focus on landscapes with traditionally managed hay-meadows, particularly in the Transylvania area of Romania, and will investigate geodiversity’s relationship with ecosystem function and connectivity.

Prior to starting my PhD at Nottingham, I studied a MSc in Mining Environmental Management at the University of Exeter, where I completed a thesis project in partnership with the National Trust to aid in identifying plant species that could be used for reclamation of tin/copper mine wastes on the west coast of Cornwall. During this project I used portable X-ray fluorescence to measure concentrations of toxic metal(loid)s in soil samples, as well as soil pH and electrical conductivity, to identify plants naturally occurring on the most contaminated areas, and that could be used in trial projects in the future.

My undergraduate degree was also at the University of Nottingham, where I studied a BSc in Environmental Geoscience. Here I developed essential foundation skills I would use later in my academic career including statistics and GIS, whilst covering content in a range of subjects from biogeography to geology.