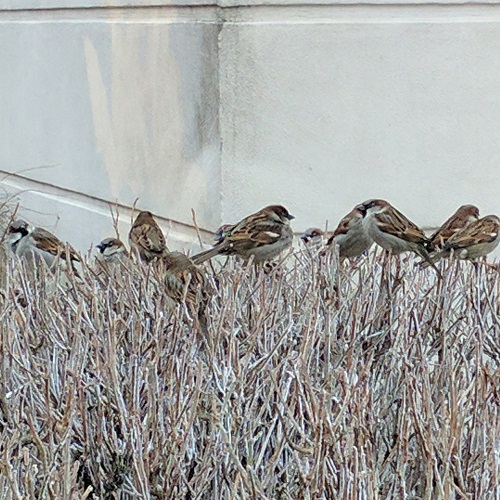 Urbanisation is a major threat to biodiversity in the 21st Century. Over 4 billion people inhabit urban spaces and by 2050, this is predicted to increase by a further 2.4 billion. This will have a profound impact on a huge number of taxa, altering ranges, habitats, behaviours and phenotypes. Despite its negative impacts on biodiversity, urbanisation appears to have driven adaptation in multiple taxa. Urbanisation has the potential to profoundly alter the adaptive landscape for non-human species; e.g., it might change average temperatures, introduce new food sources, increase exposure to pathogens and alter predator-prey densities. Yet, some species survive and even thrive in urban environments; most intriguingly, this has occurred repeatedly, independently and across different timescales.

A comparative analysis on the convergent nature of adaptation to urban environments across multiple species has exciting potential to provide important insight into how biodiversity responds to anthropogenic change. Birds are an ideal model for a comparative study of adaptation because of multiple examples of urban-rural divergence in ecology, morphology, behaviour and genetics. Publicly available resources (i.e., eBird, AVONET, Bird10K genomes) can also be used for large-scale analyses across many hundreds of species. This project aims to identify convergence in ecological, morphological and genetic adaptation to urban environments across multiple bird species. It will make use of immediately available resources and new datasets to assess what combination of traits, genes and environment promote urban adaptation.

Jointly supervised between Nottingham and Lancaster, this interdisciplinary project will provide a student with a diverse set of skills that are transferable to academic and non-academic careers (managing fieldwork, budgets and logistics; bioinformatics, handling large datasets, communicating findings). The student will be based in COMGEN in the School of Life Sciences, Nottingham, and will benefit from an active academic environment with journal clubs, weekly seminars and joint-lab meetings.

Applicants should have an interest in evolutionary biology, conservation, ecology and/or genetics. They should have a minimum of a 2:1 UK Honours degree or similar equivalent in a relevant subject in the Life Sciences. Desirable skills include postgraduate experience (MSc or MRes), contributions to scientific publications and bioinformatics and/or fieldwork experience.