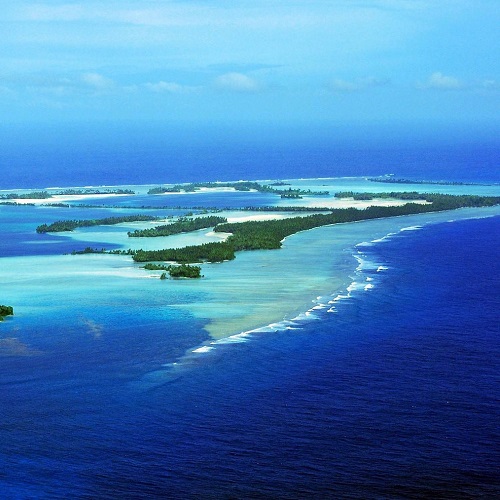 Tropical reef-building corals are vulnerable to breakage by waves and some corals also asexually reproduce via fragmentation. Early descriptions of coral reefs noted the ability of these coral fragments to form expansive rubble beds, but their functional role as a habitat within the broader reef-scape has been largely ignored. We know very little about the spatial prevalence of rubble beds around tropical islands, their dynamics, and their role as a habitat for reef-associated organisms. As coral reefs continue to change in appearance and function as a result of local and global human pressures, a consistent transition is the mass mortality of corals and their conversion to dead coral rubble. As such, the prevalence of rubble beds as a reef habitat is increasing, but whether newly emerging rubble beds resulting from reef degradation serve the same functional role as their more natural historical counterparts remains unclear. This PhD project will therefore answer a fundamental question within coral reef science: What are the functional roles of rubble beds on tropical coral reefs and are these changing? Specifically, the project will: 1) determine how prevalent natural rubble beds are around tropical islands and what oceanographic drivers determine their spatial occurrence, 2) test whether coral rubble beds support unique invertebrate and reef fish communities compared to other dominant reef habitats, and 3) determine whether nouveau rubble beds resulting from recent reef degradation provide the same ecological function as more natural rubble beds. With fieldwork at Palmyra Atoll, one of the world’s most remote coral reef ecosystems, and in Hawaii in collaboration with The Nature Conservancy and the U.S. Fish & Wildlife Service, an internship at NOAA and supervisory support at Bangor University and Lancaster University, the project offers unparalleled opportunities for research training and exposure to world-leading applied ecosystem science.

Applicants should hold a minimum of a UK Honours Degree at 2:1 level or equivalent in subjects such as Marine Biology, Environmental Science, Ecology, Coastal Marine Science, or Marine Geography (with knowledge of spatial geography of marine systems). Applicants with Masters degrees, or those with relevant research experience and field training (e.g. data management, statistics, GIS, scientific SCUBA diving) will be highly competitive.

For further details, or to enquire about eligibility please send a short statement regarding your background and interest in the project, and a CV to Dr. Gareth Williams g.j.williams@bangor.ac.uk.