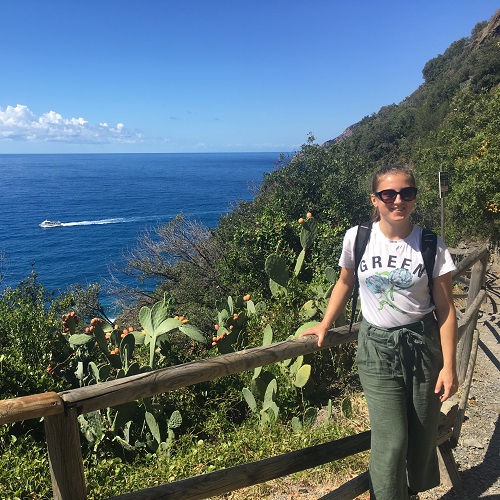 PhD: Why does C4 photosynthesis rarely evolve in trees?

Throughout my PhD, I will investigate why C4 photosynthesis is only rarely present in trees. C4 is a highly efficient form of photosynthesis which is found in some of our most productive crop species such as maize, sorghum, and sugarcane. Despite over 60 independent origins, C4 has only been found in one group of trees, which are Hawaiian natives within the Euphorbiaceae family. I aim to characterise the photosynthetic types of trees in this family, look at their water and nitrogen economies, and map at their ecological and geographical distributions. This work will be in partnership with the Chinese Academy of Sciences campus at the South China Botanical Garden in Guangzhou, which houses a collection of Euphorbiaceae trees.

I completed my undergraduate degree in Natural Sciences at the University of Cambridge in 2018, where I became interested in plant physiology. Following my degree, I stayed on at the university as a research assistant and worked on a variety of projects including: