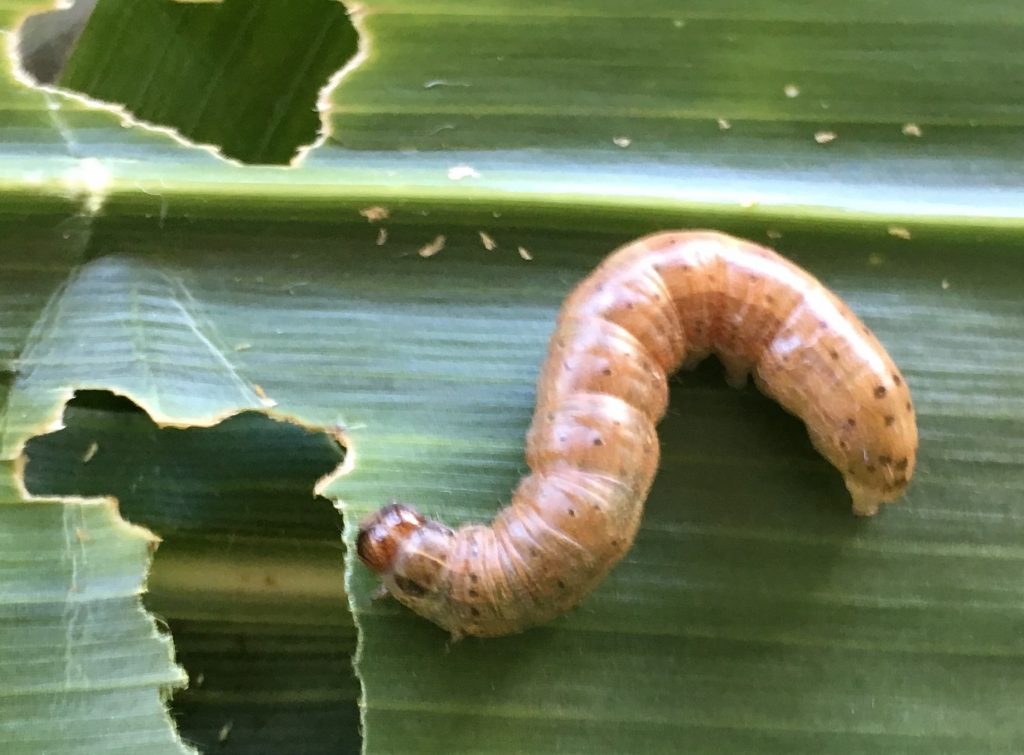 In January 2016, the first reports of a new invasive pest was received in Africa. In less than two years, the new pest – the Fall armworm, Spodoptera frugiperda – had spread to most countries (>30) within-subSaharan Africa (https://youtu.be/4iN7-DmOjwc). There are now global efforts to control this new threat to the region’s food security; initially these have focused on the large-scale use of chemical insecticides, but this approach is not sustainable due to the large burden these chemicals impose on the landscape and their impact on beneficial insects, such as bees and other insect pollinators. The United Nations food and Agriculture organisation have recommended that a low-chemical approach, consistent with integrated pest management (IPM) be promoted (https://tinyurl.com/y7xb3e39). As part of these efforts, this studentship will explore the potential for Fall armyworm (FAW) control using environmentally-safe biological pesticides and armywormresistant/tolerant crop species and strains.

Specifically, this project has 3 main aims: 1) To identify suitable biopesticides for FAW 2) To identify suitable crop species and maize strains resistant or tolerant to FAW attack 3) To establish whether the beneficial effects of resistant/tolerant host plants and biopesticides are additive, synergistic or antagonistic. The project will achieve these goals by using a combination of approaches, including biopesticide bioassays, phenotyping, behavioural assays, chemical ecology approaches and field trials in Kenya. The student will be expected to spend significant amounts of time at both Lancaster University and Rothamsted Research, as well as several weeks in Kenya.

Applicants should hold a minimum of a UK Honours Degree at 2:1 level or equivalent in Biology or related subject.

Enquiries should be directed by email to Prof. Ken Wilson (ken.wilson@lancaster.ac.uk) or Dr. Gia Aradottir (gia.aradottir@rothamsted.ac.uk).