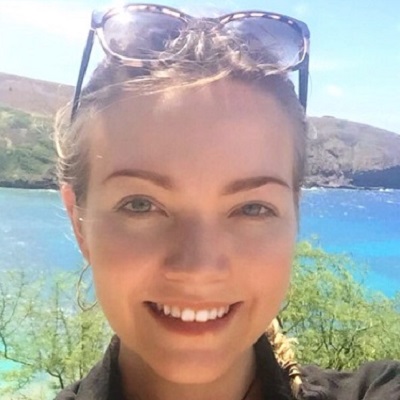 In early January I found details of an amazing sounding course, run jointly by the British Ecological Society (BES) and the Zoological Society of London (ZSL), entitled “Communicating your science: an introduction to social and traditional media”. This course offered the opportunity to gain knowledge and experience in how to communicate science, designed specifically for researchers within the field of ecology and zoology. It sounded perfect for me, science communication is something which I have always been really interested in. At all stages of my academic career, I have aimed to disseminate my research to a wider audience, and engage others in the science I do. This has included: presenting my research to audiences ranging from primary school children, to university societies, and at specialist conferences (most recently at the European Coral Reef Symposium, held at Oxford University in December); writing guest blog posts about my research (for example, I published a blog post for NOAA based on my fieldwork – https://pifscblog.wordpress.com/2017/05/04/mysteries-of-mesopelagic/); and developing an active online presence, by sharing elements of my work through social media (for example, I created the hashtag #mesopelagicmondays, in order to share visual media relating to my research). I have, however, had no training in science communication and thus felt that it would be an extremely valuable course.

As the course was not essential for the completion of my PhD, it had not been accounted for in my RTSG budget. However, I thought that what the course had to offer would enable me to expand my horizons and develop my skills outside of the direct remit of my research. I therefore applied to Envision for additional funding to attend this course, and heard back extremely quickly that I could go and excitedly booked the final place on the course.

I heard back from the course organisers, BES and ZSL, within a few days of registering, asking me what my primary aims of the course were. I expressed that I hoped that the course would enable me to really expand my understanding of effective ways in which science can be communicated and learn tools to secure coverage for my research in the future, and engage audiences of all levels. I was particularly interested in how to use social media, as I believe it has been shown to have the unique ability of capturing the interests of people from a wide range of backgrounds, in cutting edge science.

So at the start of February, I headed from Bangor to London to attend this course. Envision were kind enough to fund my accommodation the evening before the course commenced, and so I woke up in London on the 2nd February, excited to learn all about communicating my science.

The day began going over the basics of social media, mostly focused on Twitter. We learned a little about optimising interactions on posts and making sure that our profiles and appears in searches. We were given the opportunity to share the social media profiles we use to share our science (in my case Twitter) and get feedback on how to improve these, from both course organisers and fellow delegates. We then moved on to others ways of using Twitter to engage people in our research in other ways. I have only ever posted information on my Twitter before, however, we were introduced to the concept of Twitter games – using these to open up conversations and interaction. For example, rather than for example simply posting a photograph of a species; its name; and a fact, which I have done in the past, they suggested creating a game whereby you ask followers to identify the species (or if feeling more creative ask them to rename it comically). This isn’t something which I have ever encountered before on Twitter, but they showed us ways of sharing these games widely and it’s something which I really look forwards to doing.

In the afternoon, we covered some content more related to traditional media, and how to provide information to the press on recent or upcoming research. This was extremely useful, and something which I think will be of great value to me.

This course gave me really useful and transferable skills to aid me in my PhD and future career. I feel that the standout message to me from the day was that there are so many ways to engage a huge variety of people in one’s research, and that whilst it takes some time to establish at the start, it is well worth it. There is little point in working hard to produce research which nobody reads, but the methods of sharing information which I learned on the day were varied, creative and exciting, and something which I am excited to start using and sharing with other members of my cohort.