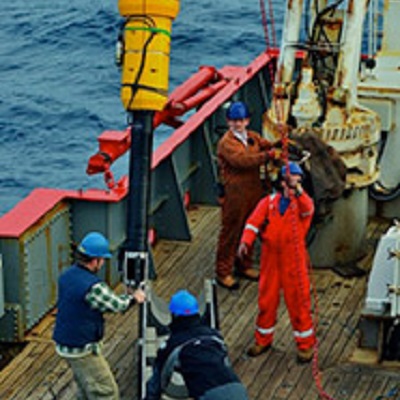 In the last decade, polar regions have seen rapid climate change. From the sea ice loss and impact on polar bears in the Arctic to rising Antarctic sea level and temperatures and the calving of continent-sized chunks of Antarctic ice sheets.

The Southern Ocean surrounding Antarctic is a major source of heat for the region and how this is lost to atmosphere and cy-rosphere is thought to be the main driver of these changes. Small-scale physical processes drive mixing between the different layered oceanic water masses and profoundly impact the ocean’s ability to store and transport heat and other tracers.

Yet these critical processes re-main unresolved, and so are poorly represented in the climate models we rely on for future predictions. This is particularly true in the difficult to observe remote and hazardous surface Southern Ocean mixed-layer where small-scale mixing directly impacts climate and the global meridional overturning circulation of the oceans.

The student will pursue cutting-edge science with shipboard, satellite and reanalysis data sets to address critical earth-systems-and-climate questions. The project is a collaboration between Bangor University, Southampton University and the British Antarctic survey in Cambridge.

The student will spend time working at each of these institutions, including opportunities for Antarctic field work and national and international conferences.

Applicants should hold the equivalent of a minimum of a UK Honours Degree at 2:1 level or equivalent in numerate subjects such as Environmental Science, Geography or Natural Sci-ences. Or alternatively an MSc in Ocean Sciences, Meteorology, Applied Physics, Applied Mathematics or other relevant subject.