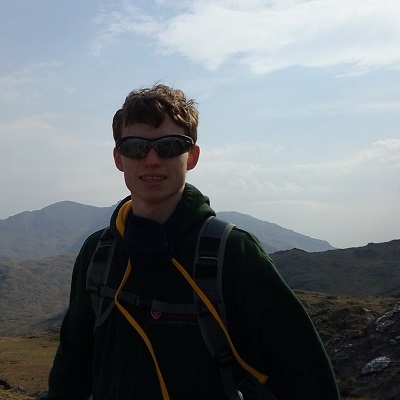 Originally I studied Geology with Geophysics at the University of Leicester. It was during my undergraduate degree I developed an interest in near surface geophysics, as electro-magnetic methods had a part to play in my final year mapping project. During my time at Leicester I also had the chance to study Martian meteorite samples with scanning electron microscopy, it was this experience which informed my decision to pursue a PhD. I wanted to home in my geophysical talents and hence undertook an MSc in Exploration Geophysics at the University of Leeds. My MSc dissertation focused on a near surface seismic experiment, I used techniques such as ray tomography and multi-channel analysis of surface waves to produce near surface P to S wave speed ratios and seismic attenuation relationships, in the hopes of studying sub-surface water content for a field site in Cumbria.

Landslides pose a hazard to both infrastructure and society in general. My project aims to build on previous successful research over the past decade in monitoring ground conditions in moisture driven landslides.  Particular emphasises has been put on permanent installations of electrode arrays continuously imaging the subsurface with a geophysical technique known as electrical resistive tomography (ERT), which is sensitive to changes in moisture. Though ‘point’ sensors in shallow boreholes are regularly used to monitor slope stability, they lack spatial resolution of geophysical methods (e.g ERT or seismics). Therefore there is a motive to relate geophysical measurements (e.g resistivity) to the physical/mechanical properties (e.g water saturation and shear modulus) of the subsurface and hence potential of a slope to fail. My research, if successful, will work towards relating hydrological and geomechanical models of slopes and continuously update these models; hopefully allowing us to better comprehend slope stability in 4 dimensions, ultimately improving our capability to forecast landslide events.