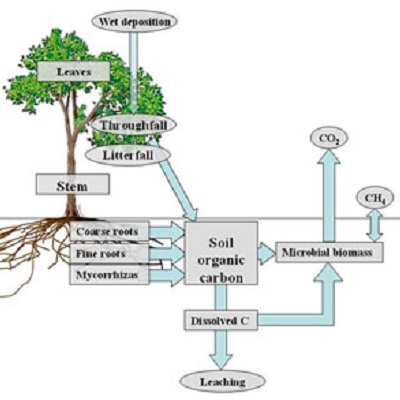 Forests’ ecosystems and their soils represent the largest reservoir of organic carbon (C) in terrestrial ecosystems. The belowground processes of forests mediate many key biogeochemical processes, have an important role in climate regulation, and are major hotspots of biodiversity.

Through the use of stable isotopes the successful student will use macromolecular analysis techniques to identify and trace specific compounds through from rhizodeposition to the microbial community and the soil matrix. It is expected that the output of this work will generate some of the first data elucidating the impact of forest diversification on C cycling in soils and the microbial contribution to long-term C sequestration.

Eligibility: Applicants should hold a minimum of a 2:1 classification UK Honours degree, or preferably a Master’s degree in subjects such as Forestry, Environmental Science or Natural Sciences. For further details please contact: