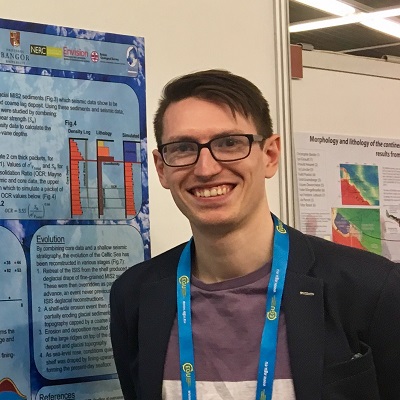 PhD: Glacial sculpting and post-glacial drowning of the Celtic Sea

Changing climate, due to increasing concentrations of greenhouse gasses, threatens the long-term stability of marine terminating ice sheets through increased warming. Meltwater production from Greenland and West Antarctica can rapidly contribute to significant sea-level rise with global implications, such as the displacement of coastal populations and increased storm and flooding intensity in low-lying areas. Due to this, the forecasting of sea-level rise is of great importance. By reconstructing the depositional fingerprint of the last British-Irish Ice Sheet, its dynamics can be studied to infer mechanisms of deglaciation to enhance our current knowledge of ice sheet stability.

The largest ice stream draining the ice sheet extended south into the Celtic Sea, making it a key site for the study of marine terminating ice sheets. In this area, an extensive field of linear ridges, the largest examples of such features on the planet, have been interpreted to be created by strong tidal currents during the last transgression. Glacial sediments retrieved from these ridges have fuelled speculation about the origin of the large features. Did grounded ice reach the shelf-edge, creating or overriding these large ridges, extending the ice sheet beyond previous limits? Or are they tidally formed features which have harvested the surrounding glacial sediments into their bulk?

Recently collected sediment cores and geophysical data will be used to study the spatial distribution of glacigenic sediments and the internal structure of the ridges to infer their mechanisms of formation and origin. By studying the complex glacial history of the Celtic Sea and linear ridge evolution, the behaviour of the Irish Sea Ice Stream can be better constrained in response to similar environmental forcings that are threatening the stability of present-day ice sheets.