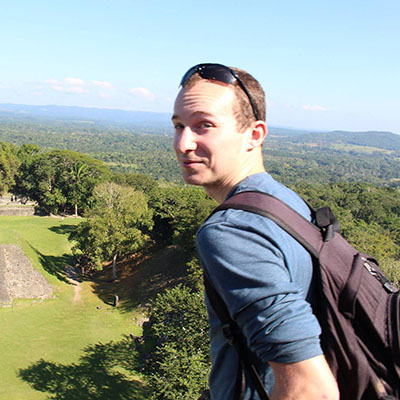 At the end of February 2017 I stopped research for my PhD to go on placement with the Cabinet Office’s new Open Innovation Team. On my first day I found myself heading to London Bridge to visit the Shard where the team was leading a workshop on mental health policy for researchers, clinicians, charity workers, and civil servants. Despite dropping me somewhat in the deep end, it was a great opportunity to immediately see first-hand the work of the team.

The Open Innovation Team, formerly called Launchpad, was set up to help accelerate innovation across government by working closely with departments on their priority projects, often in collaboration with experts from academia, and the private and third sectors. Instead of being centrally funded, the team’s costs are met by sponsorship from Research Councils UK, and Bath, Lancaster, Southampton and Warwick universities.

The work of the team is exceptionally broad in scope, and includes projects on mental health, industrial strategy, childcare, and digital government. While working with the team on placement I was able to help on several of these projects, but had a particular focus on the digital government partnership, a partnership announced in the government’s digital strategy which aimed to accelerate the digital transformation of government, and on housing policy.

The team works as generalists on all these policy areas and uses academics, amongst others, to provide expert advice. Having a background in environmental sciences was not, therefore, a major disadvantage, but it necessary to get up to speed quickly on the background to every project I was working on. Day to day, the work was very variable and ranged from researching case studies, developing project plans, holding workshops, meetings and writing reports.

While I was working with the team, the general election was announced, and it was really interesting to see how the work of government had to adapt. Guidelines were issued for purdah, the immediate run up to the election, to ensure that the work of civil service didn’t give advantage to any political party.

Overall my time with working in the Cabinet Office gave me a new awareness of how policy can be developed, and helped highlight to me a new way in which research can better inform policy across a range of fields. It was a great experience to work at a fast pace alongside an exceptionally hard working, friendly, and talented team. It was also really enjoyable to be able to work across a diverse array of projects, before commencing the final year of my PhD.